Costco Wholesale requires its food suppliers to undergo annual inspections and requires some produce suppliers to hold shipments until tests come back negative for disease-causing bacteria. 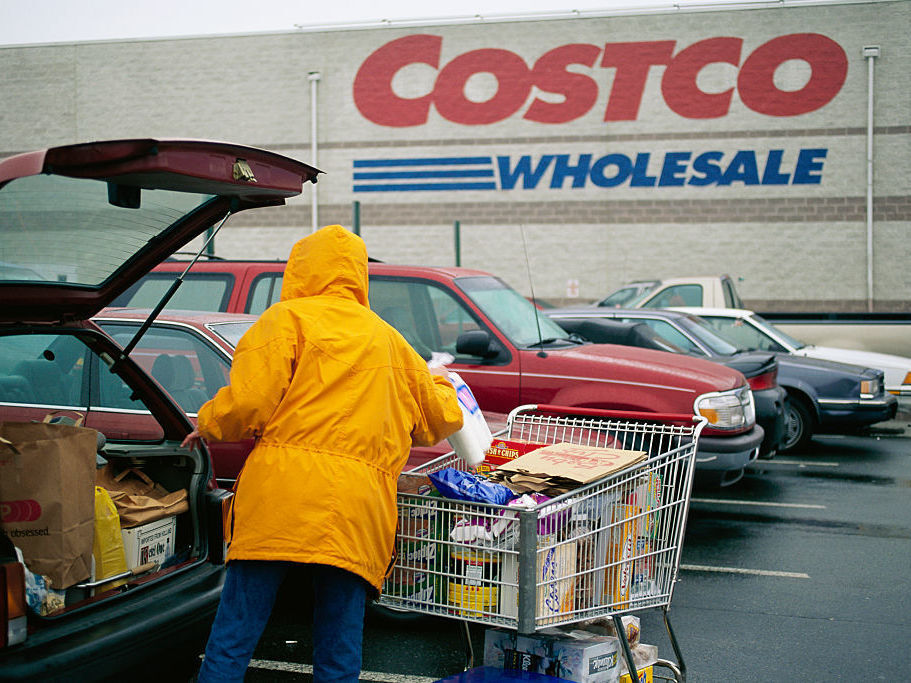 Costco Wholesale requires its food suppliers to undergo annual inspections and requires some produce suppliers to hold shipments until tests come back negative for disease-causing bacteria.

Let’s start with the big picture.

There are about 8,000 slaughterhouses and meat processors in the United States that can’t legally operate without a U.S. Department of Agriculture inspector on-site. Those inspectors are working through the shutdown.

Meanwhile, 80,000 or so other food factories handle everything else, from cauliflower to cookies. The Food and Drug Administration oversees them with a very different regulatory philosophy.

“The expectation is that the industry will produce safe food, period, and the FDA’s job was to periodically check whether that was happening,” says David Acheson, a former official at both the FDA and the USDA, who now runs a food safety consulting firm called The Acheson Group.

In practice, the FDA carries out routine inspections at most plants only once every few years. So 99 percent of the country’s non-meat food facilities were not going to get inspected this month even if all the inspectors had been working as normal. As a result of the shutdown, fewer will, but the overall impact is small.

According to FDA Commissioner Scott Gottlieb, the FDA is carrying on other food safety activities despite the partial shutdown. Inspectors continue to monitor food that’s entering the U.S. from abroad, and they stand ready to investigate any U.S. outbreak of foodborne illness.

A lot of domestic food companies, meanwhile, are subject to inspections carried out by a parallel food safety system — a private one that’s similar, and sometimes even tougher, than the government’s program.

The system is driven by big food retailers that desperately want to avoid having their brands linked to outbreaks of foodborne illness. These companies rely on food safety standards like one administered by the Global Food Safety Initiative, an industry-backed organization based in Paris. Some, like Costco Wholesale, throw in some additional requirements on top of the industry-standard ones. Costco, for instance, requires suppliers to hold some shipments of fresh produce until tests come back negative for disease-causing bacteria.

“We spend money with those suppliers, and if they can’t meet our specifications from a food safety or quality perspective, guess what? We won’t buy from them.” says Craig Wilson, head of food safety at Costco.

In order to stay certified and keep supplying retailers like Walmart and Kroger, food processing facilities typically go through an annual inspection.

But these private inspections don’t have a perfect record. In 2011, an outbreak of listeria poisoning that killed 25 people was traced to fruit from a farm in Colorado that had just passed its food safety audit with a near-perfect score. Critics of the system say that private inspectors don’t have an incentive to look too hard for problems because the food companies themselves pay for these certifications.

In addition, there are plenty of food companies that the private inspectors don’t see. “Keep in mind that there are lots and lots of relatively small plants that are making food, that are not selling to the major chains” like Walmart or Kroger’s, says David Acheson. No big food retailers are requiring these food companies to get a safety certification.

Acheson says the FDA’s occasional inspections are especially important for those companies, but also to keep the big food companies honest. “Nobody in their right mind would be complacent about an FDA inspection,” he says, because they can be very tough, and they can have significant negative consequences for your business.”

Every so often, the FDA does find problems, such as evidence of rodents in warehouses or inaccurate temperature gauges.

Just knowing the FDA could show up unannounced is a good thing, Acheson says, even if the visits are rare.