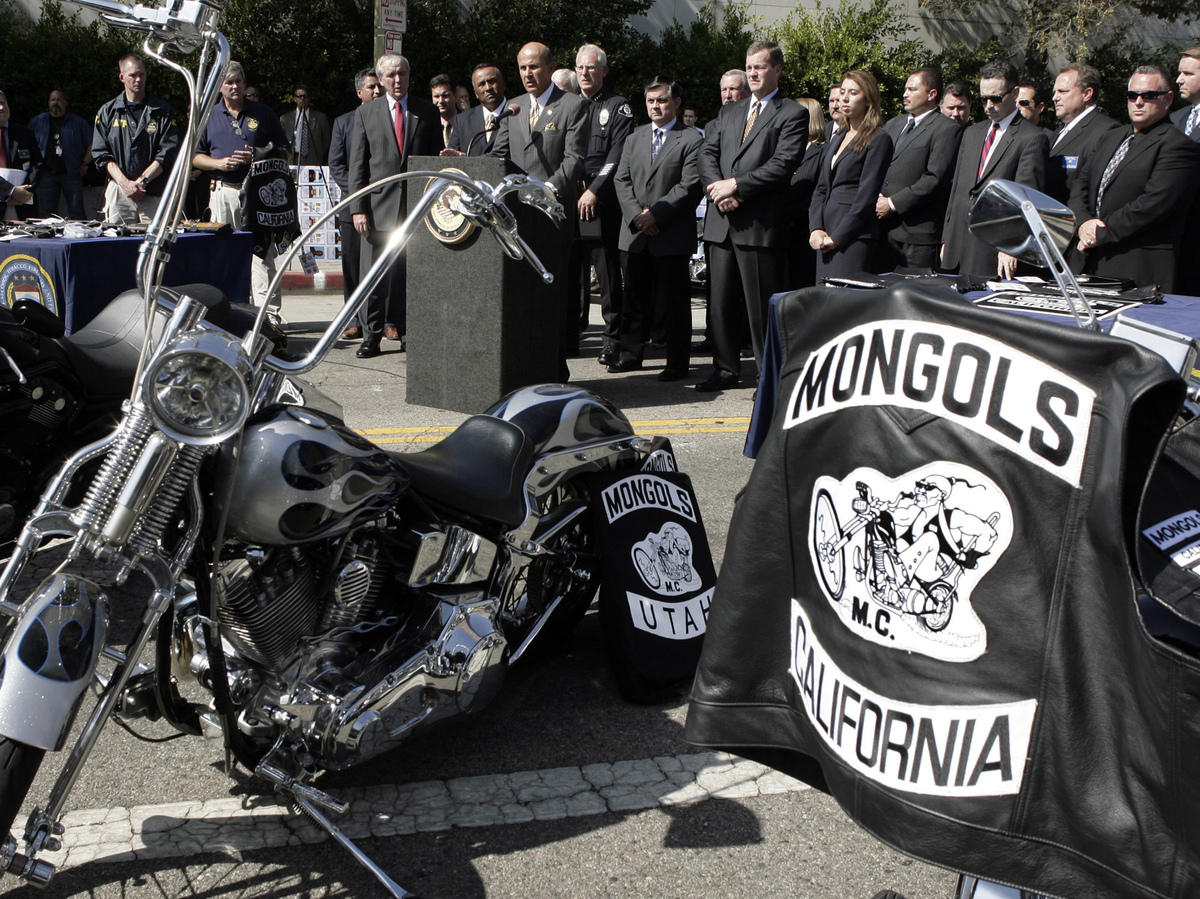 The Los Angeles-based Mongols motorcycle club will not be stripped of its trademarked logo any time soon, after a federal judge essentially overruled a jury’s decision to deprive the group of its collective symbol.

“It is beyond question that the Government has a legitimate interest in attacking the economic roots of a criminal organization like the Mongol Nation,” Carter wrote in his 51-page ruling. But he said forcing the club to forfeit its rights associated with the symbol the group has used since 1969 “is unjustified and grossly disproportionate.”

In January, a jury, in a first-of-its kind verdict, agreed with federal prosecutors to strip the Mongols of the logo – an image of a goateed Genghis Khan-like figure wearing sunglasses and a ponytail riding a chopper, below the club name. Prosecutors argued that the Mongols are a criminal gang and their logo is central to their outlaw identity which “they wear like armor.”

A month earlier, the same jury had convicted Mongols leadership group, the Mongol Nation, of racketeering and conspiracy charges associated with drug dealing and violent crimes by individual members.

Club leaders say their group is not a criminal operation and that any crimes were committed were the work of rogue members who had been expelled from the organization.

Attorneys for the motorcycle club say the jury’s ruling was a case of government overreach.

“It’s an attempt at collective guilt, which has never been the law here in this country,” Mongols attorney Joe Yanny said, as quoted by the Associated Press. “You don’t hold people guilty or punish folks simply because they know people that may be related in some fashion to people who are alleged to have done something wrong.”

A spokesman for the U.S. Attorney’s Office said in a statement that prosecutors are disappointed with the ruling and is “definitely considering an appeal.”

“The judge recognizes that although intangible property may be the subject of a seizure or forfeiture, a trademark, particularly a collective membership mark, is a unique type of property, tied both to actual use and the goodwill it symbolizes, that just doesn’t fit, in this particular circumstance with the remedy the government seeks,” said Gentner in an email to NPR.

Prosecutors have been trying to seize control of the Mongols’ logo since 2008.

That was the same year that nearly 80 members were convicted for a series of drug and assault crimes.

The Mongols, founded in 1969 by a group of Latino men, have a long and sometimes violent rivalry with other biker clubs, such as the Hell’s Angels.