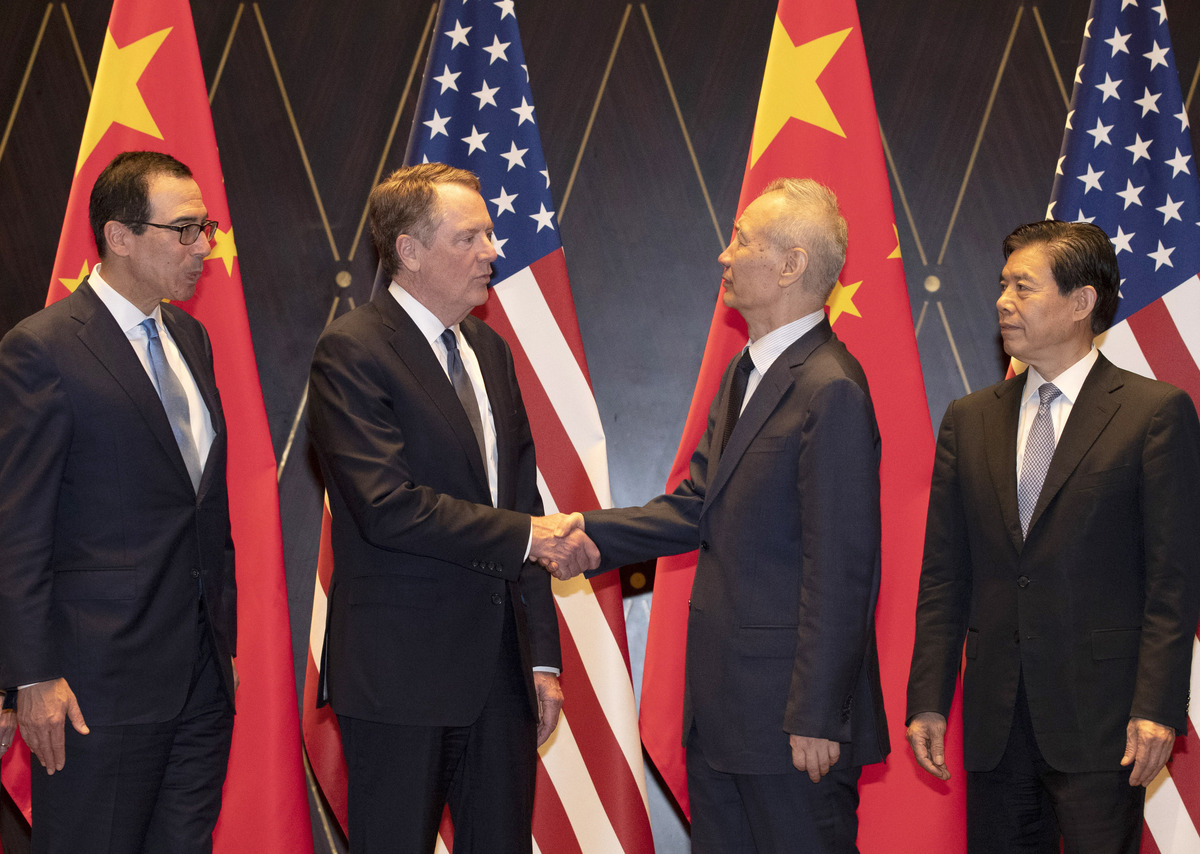 When the White House decided to levy tariffs on goods from China, U.S. leaders were divided on whether a prolonged trade dispute was a wise course of action.

Now, so is Beijing.

China’s leadership is being confronted by government factions offering contradictory approaches to resolving the ongoing trade war with the U.S. Some argue for cutting a deal as quickly as possible to save China’s economy; a vocal and growing group of hawks argues China should push back against the United States and avoid an agreement at all costs.

As U.S. and Chinese negotiators head into their 13th round of trade talks in September, both sides have been given unclear signs about what they hope to achieve from a dispute that has outlasted all expectations.

On Monday, the two governments appeared to be seeking to lower tensions. China’s Vice Premier Liu He, its lead trade negotiator, said, “China is willing to resolve its trade dispute with the United States through calm negotiations and resolutely opposes the escalation of the conflict.” Trump said he agreed, telling reporters after a Group of Seven meeting in France that he thought the vice premier’s comment was “a good thing.”

That followed a slew of tit-for-tat tariffs.

On Aug. 1, President Trump walked back a tentative truce discussed on the sidelines of the Group of 20 summit in Osaka, Japan, by tweeting his decision to impose an additional 10% tariff on $300 billion worth of Chinese goods on Sept. 1. Some of those import duties have now been delayed until Dec. 15, but many in China saw the reversal as a betrayal.

Since then, trade relations have only worsened. Last week, China announced new, matching tariffs on $75 billion of U.S. goods and said it would resume duties on U.S.-made automobiles and car components. The U.S. immediately countered by raising the rates of existing tariffs on more than $400 billion of Chinese goods.

“Once the two presidents reached an agreement in Osaka, conditions should remain at the status quo so both sides can start negotiations for a good solution,” says He Weiwen, a former commercial attaché at Chinese consulates and a trade expert. He wonders now whether the Trump administration is negotiating in earnest or simply buying time. “It seems that the U.S. side is closing a door on talks,” he says. “That’s very dangerous.”

Frustration among China’s leadership is running high, even at the Foreign Ministry, which has been the most vocal in publicly calling for a U.S. trade deal.

“There is no bottom line. And anytime you set up a bottom line, it all can very easily be broken,” says Ruan Zongze, vice president at the China Institute of International Studies, a think tank run by the Foreign Ministry.

Continued U.S. escalation has cast doubts in China about whether the U.S. would even honor the terms of a trade deal, according to Ruan. “Many in China will say, ‘If we make a deal, could this deal really work, or work for how long?’ Trust is disappearing,” he says.

A cohort of hawks, many from China’s powerful military-industrial complex, is rising to the fore on the issue. They argue a trade deal is unnecessary, in stark contrast to China’s diplomatic and commercial ministries that publicly welcome an agreement.

“Today, China is fighting two wars on one battlefield with the U.S. — a composite of economic and military conflicts,” Dai Xu, a senior colonel in China’s air force and an outspoken current affairs commentator, wrote in an online article in May. “Trump will first take China’s money and then take our lives,” Dai wrote in a commentary in January.

Dai says Beijing’s trade frictions with Washington mark the beginning of a “protracted war,” a concept popularized by Chairman Mao Zedong during China’s war against Japan and now increasingly used in state media commentaries to describe China’s trade negotiation strategy. “Much as in the original ‘protracted war,’ in this case we can also send the seemingly invincible invaders to a hell for failures,” Dai wrote in May.

Dai and his supporters are calling for a war of attrition, in which China outlasts its rivals, even at the cost of global trade. The idea is attractive among those who believe the country’s one-party system and control over its most significant monetary and financial levers would allow it to beat the U.S. in a game of chicken.

“The result of the trade war between China and the United States is not determined by calculating how many chips the two countries have to play, but by their ability to bear the damage. You may have more chips but your damage tolerance is lower than mine,” Shen Yi, an international relations professor at Fudan University in Shanghai, wrote on a state-run news site in June.

But significant dissenters believe China has overplayed its hand.

“Between China and the United States, the U.S. is still the strong one and China is the weak one. Therefore, China attaches more importance to good Sino-U.S. relations,” Jin Canrong, associate dean of international studies at Renmin University and one of China’s most prominent foreign policy commentators, stated in comments that went viral in July.

Speaking at a Shanghai corporate event, Jin went on to boldly predict a trade deal would be reached no later than November as pressure from tariffs diminishes the country’s economic prospects: “If the trade war has been fought for a long time and the mid-to-high-end supply chains leave China, that would greatly damage the potential of China’s future development,” he said.

“The party line and also the general consensus is that China should open up more,” Wang Huiyao, president of the Center for China and Globalization, a Beijing-based think tank that advises the government on trade and economic issues, tells NPR.

Wang says the two countries should strike a trade deal quickly so China can focus its energy on policies like accelerating state-owned enterprise reforms.

“You can’t look for a perfect deal,” Wang says. “It’s up to President Trump to call a victory anytime.”