China To Close Loophole On Fentanyl After U.S. Calls For Opioid Action

Liu Yuejin of China’s National Narcotics Control Commission speaks at a Beijing press conference on Monday. He announced that all fentanyl-related drugs will become controlled substances, effective May 1. 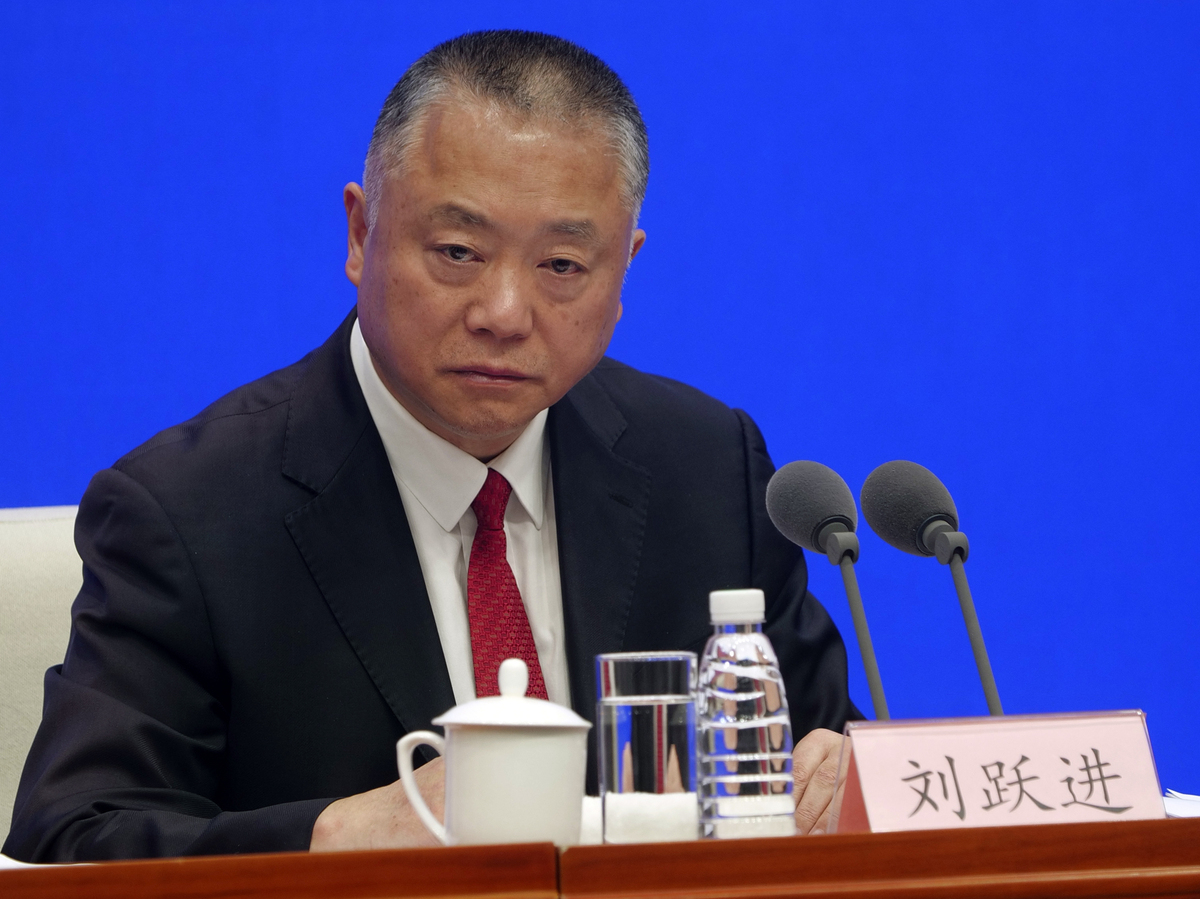 Liu Yuejin of China’s National Narcotics Control Commission speaks at a Beijing press conference on Monday. He announced that all fentanyl-related drugs will become controlled substances, effective May 1.

China has announced that all variants of fentanyl will be treated as controlled substances, after Washington urged Beijing to stop fueling the opioid epidemic in the United States.

Authorities in China already regulate 25 variants of fentanyl, a synthetic opioid linked to thousands of drug overdose deaths in the U.S. But some manufacturers in China, seeking to evade controls, have introduced slight changes to the molecular structure of their drugs, giving them the legal loophole to manufacture and export before the government can assess the products for safety and medical use.

The decision to regulate all fentanyl-related drugs as controlled substances “puts a wider array of substances under regulation,” Liu Yuejin, an official of China’s National Narcotics Control Commission, said at a press conference in on Monday. The regulation will take effect May 1.

Bryce Pardo, a drug policy researcher at Rand Corporation, tells NPR that in theory, the regulation “future-proofs the law” by including impending chemical modifications.

But China may not be able to enforce the new rules, Pardo says. “[Authorities] already have problems enforcing existing laws.” He says official reports show the country does not have enough inspectors for facilities, and law enforcement would have to “take a sample” from a facility and eventually “analyze whether it’s a fentanyl-related structure.”

Vanda Felbab-Brown, a senior fellow at The Brookings Institution who focuses on illegal economies, tells NPR the regulation is “a good step,” but whether China “will have the will and the capacity to do it is a big question.”

The United States and China have been negotiating for better drug control since the Obama era, she adds. In the midst of the trade war with the Trump administration, “China is looking for one area where it can still continue cooperating with the U.S.,” Felbab-Brown says.

The announcement comes after President Xi Jinping vowed in a December meeting with President Trump to classify fentanyl as a controlled substance. After the meeting, Trump called on China to seek the death penalty for fentanyl distributors.

Liu denied on Monday accusations that China is a major contributor to the U.S. opioid crisis, saying Chinese law enforcement has “solved several cases” of illegal fentanyl-related drug manufacturing and distribution. “They are all shipped to the U.S. by criminals through evasive means, through international packages,” Liu said. “The amount is extremely limited and cannot be the main source of the substance in the U.S.”

He said the U.S. opioid problem was mainly caused by “domestic reasons,” according to the South China Morning Post.

According to a 2018 report by the U.S.-China Economic and Security Review Commission, China remains “the largest source of illicit fentanyl and fentanyl-like substances” in the United States and “illicit manufacturers create new substances faster than they can be controlled.”

Chemical exporters in China secretly send drugs to the West through fake shipment labels and other tactics, the report stated.

Felbab-Brown says China’s new stance on fentanyl-related substances stems partially from a desire to be a global enforcer on drugs. “From a public relations perspective, it’s difficult for China to be accused of being a source of drugs,” she says.

China does not have a monopoly on fentanyl production, she adds. “Even if tomorrow the United States wouldn’t get fentanyl from China, others would step in. Most obviously India, a major source of addictive drugs.”

Jingnan Huo contributed to this report.