Cambodian officials discovered 1,026 pieces of ivory hidden among marble in an abandoned container shipped from Mozambique. Cambodia has emerged as an ivory trade hub in recent years. 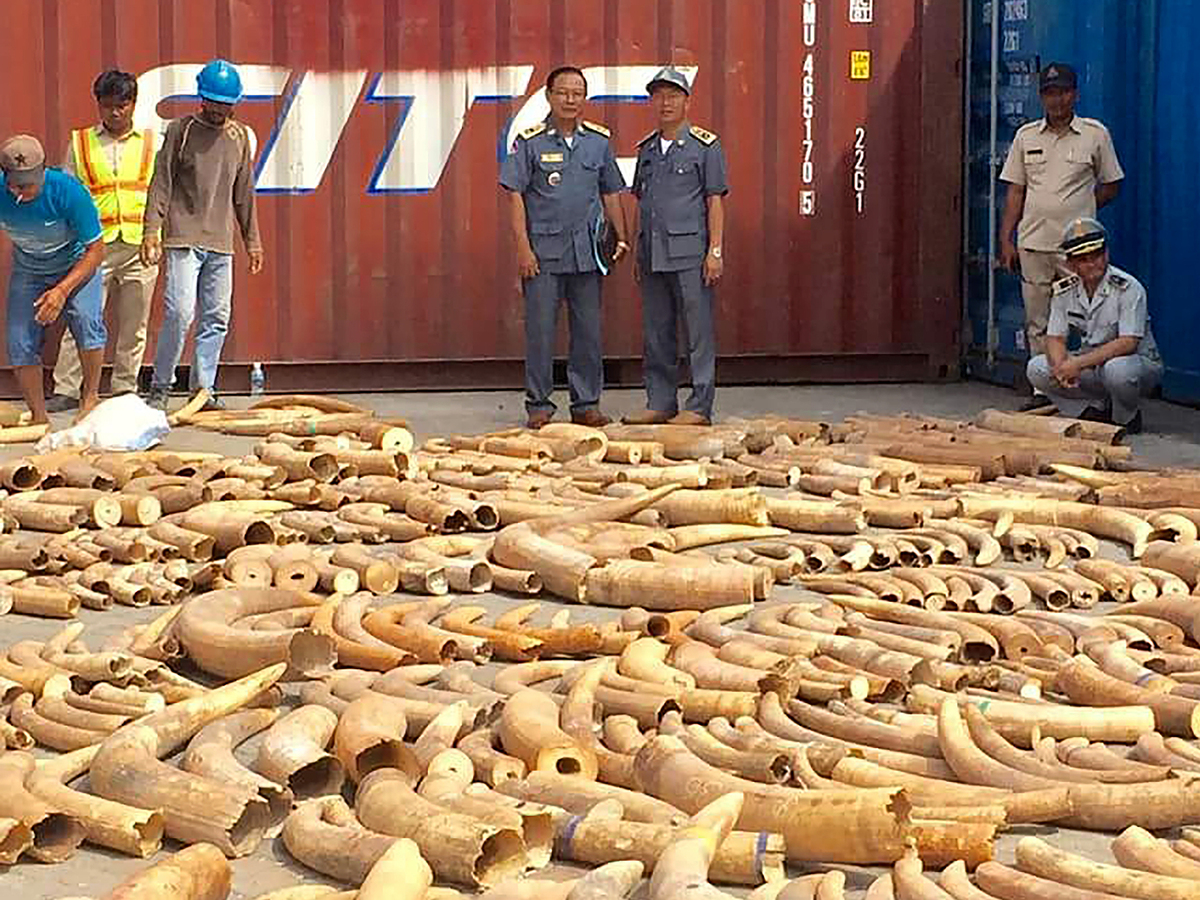 Cambodian officials discovered 1,026 pieces of ivory hidden among marble in an abandoned container shipped from Mozambique. Cambodia has emerged as an ivory trade hub in recent years.

The tusks were hidden among marble in an abandoned shipping container in Cambodia’s Phnom Penh port. Sent from Mozambique, these yellowing prizes arrived last year, AFP reports. The owner of the shipment never arrived to pick up the cargo, and a tip from the U.S. embassy alerted Cambodian authorities to the haul.

The lode included 1,026 pieces of tusk that weighed 3.2 metric tons, according to Sun Chhay, director of the Customs and Excise Office at the port.

Chhay did not say where the tusks were headed. In recent years, however, Cambodia has emerged as a hub for trade in ivory. Earlier this year authorities in Mozambique grabbed 3.5 tons of ivory bound for Cambodia, The Phnom Penh Post reported.

Researchers estimate that about 40,000 elephants are killed each year —amounting to about 10 percent of the population of elephants in Africa. In September, a researcher with the University of Washington told NPR that using DNA testing, he was able to identify pairs of tusks that had been split between shipments out of Africa, which helped link shipments to each other and to ports and cartels.

China is believed to be the world’s biggest consumer in ivory. A year ago, Beijing banned ivory trade in China. That followed a U.S. ban in 2016. Internationally, a ban on ivory has existed since 1989. But as NPR‘s Christopher Joyce reported, that measure had mixed results. Wildlife experts found that traders passed off their wares as older than 1989 and continued to sell it with the backing of the law.