But he also cautions that those who support impeachment should be realistic about the chances of a GOP-controlled Senate voting to remove President Trump from office.

“I think impeachment is the right way to go, but I do not think that we should have any illusions that it’s necessarily going to be successful,” Yang told NPR’s Noel King on Saturday as part of NPR’s Off Script series of interviews with 2020 presidential candidates.

Instead, Yang said, Democrats should be articulating a new vision for the United States.

Entrepreneur and presidential hopeful Andrew Yang prepares for a meeting with undecided voters in Manhattan. 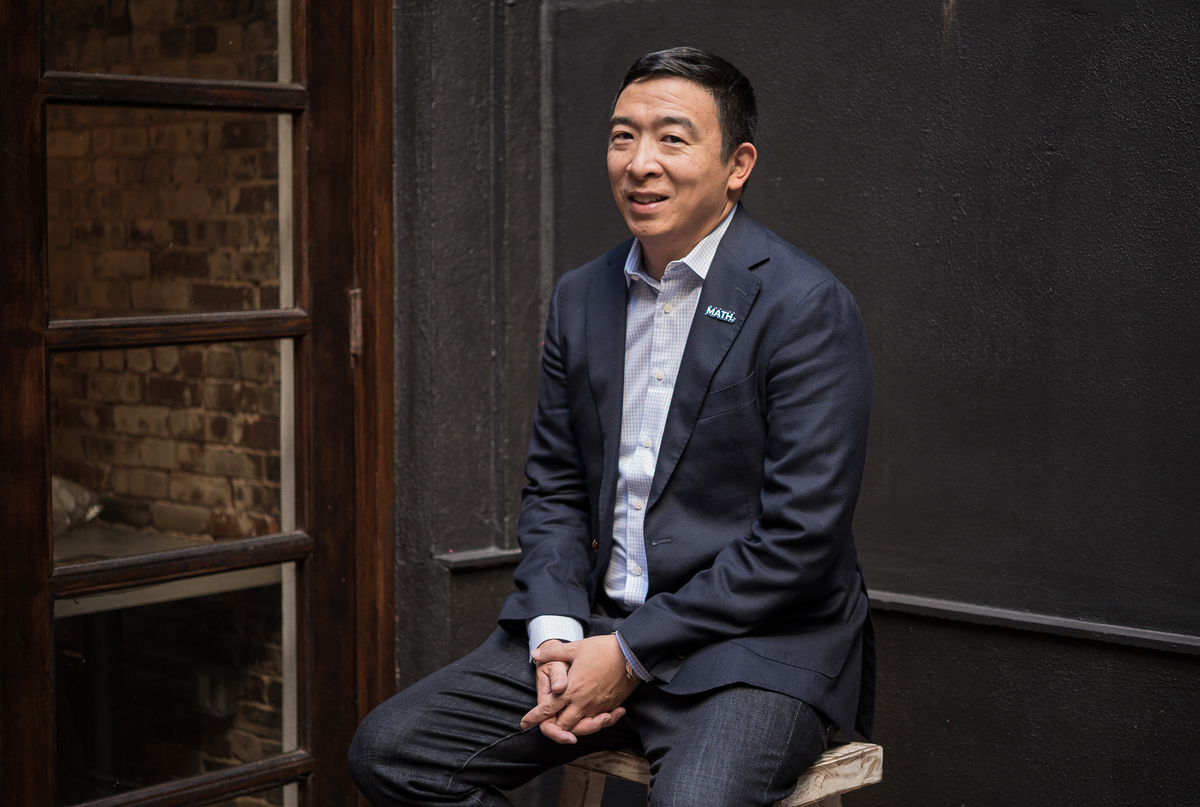 Entrepreneur and presidential hopeful Andrew Yang prepares for a meeting with undecided voters in Manhattan.

On the subject of winning, King pushed Yang on whether he can actually secure the Democratic nomination.

Yang has never run for public office and was a relative unknown before he launched his Oval Office bid. He has managed to break through a crowded Democratic field with a sobering message that new technologies are already responsible for killing millions of American jobs.

His signature proposal of a universal basic income, which his campaign calls a “freedom dividend,” would give every American adult $1,000 a month, no strings attached. Yang says he would pay for it by consolidating certain welfare programs and implementing a 10% tax on the goods and services that businesses produce.

A universal basic income is necessary, Yang argues, to mitigate “an unprecedented crisis” of wide-scale job losses due to automation.

King pointed to the fact that Yang is garnering single digits in presidential preference surveys. 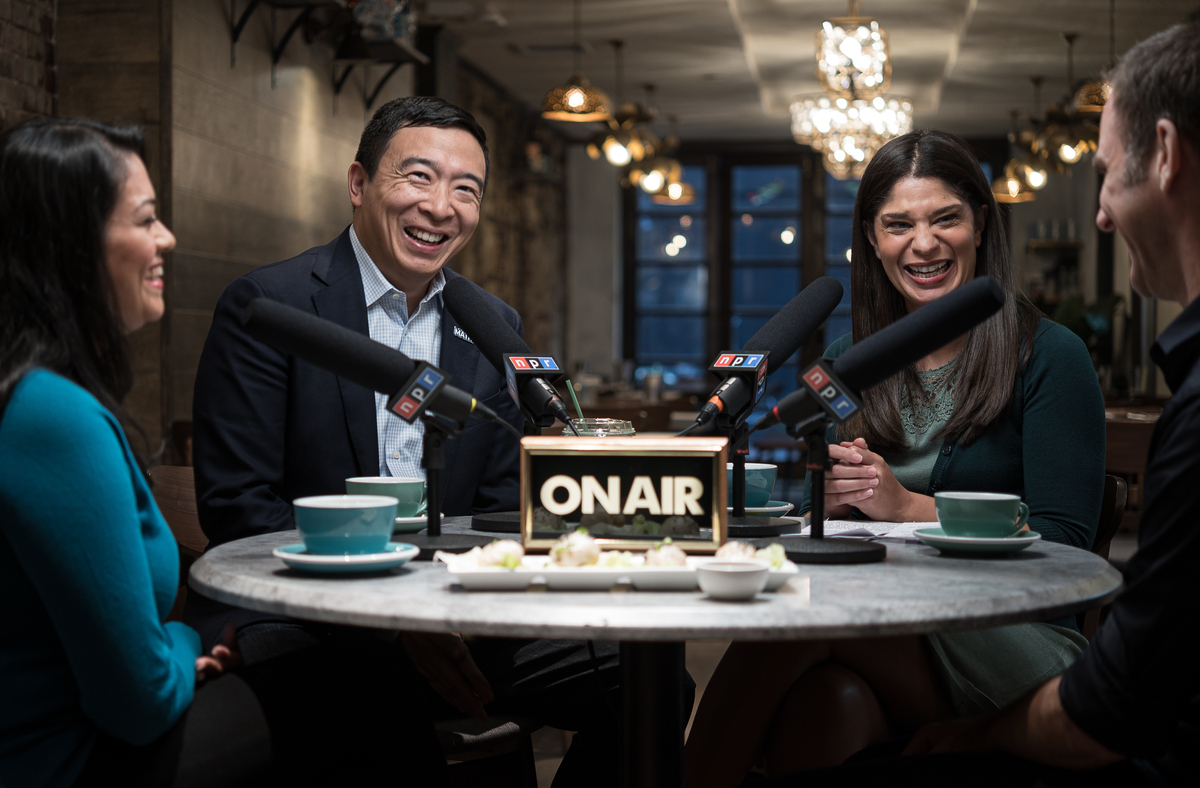 According to RealClearPolitics, Yang is polling at roughly 2%, putting him slightly ahead of other presidential hopefuls, such as New Jersey Sen. Cory Booker and former Housing and Urban Development Secretary Julián Castro and about even with former Texas congressman Beto O’Rourke.

King floated the possibility of Yang serving in different ways — commerce secretary, perhaps. He was noncommittal but left the door open.

“I’m open to contributing in any of a range of roles,” Yang said.

As the American-born son of Taiwanese immigrants, Yang’s Asian heritage is central to his campaign, something he reflected on during the interview.

“It’s given me a lot of joy and pride to think about an Asian child turning on the Democratic debates and seeing me up on that stage,” Yang said. “Hopefully, it gives them a sense that we’re just as American as anyone else.”

On the campaign trial, Yang has received criticism for playing up Asian stereotypes, which has produced mixed reactions from Asian Americans, as a recent Vox report detailed. In one debate, he said, “The opposite of Donald Trump is an Asian man who likes math.”

Yang has taken a jaunty approach to campaigning, including at times donning a blue and white hat with “MATH” on it — an acronym for “Make America Think Harder.” It’s a tongue-in-cheek play on Trump’s slogan “Make America Great Again,” and it has been a hit with his followers.

His most devoted supporters even have a moniker — the Yang Gang.