Amid Violence In Venezuela, Maduro Digs In 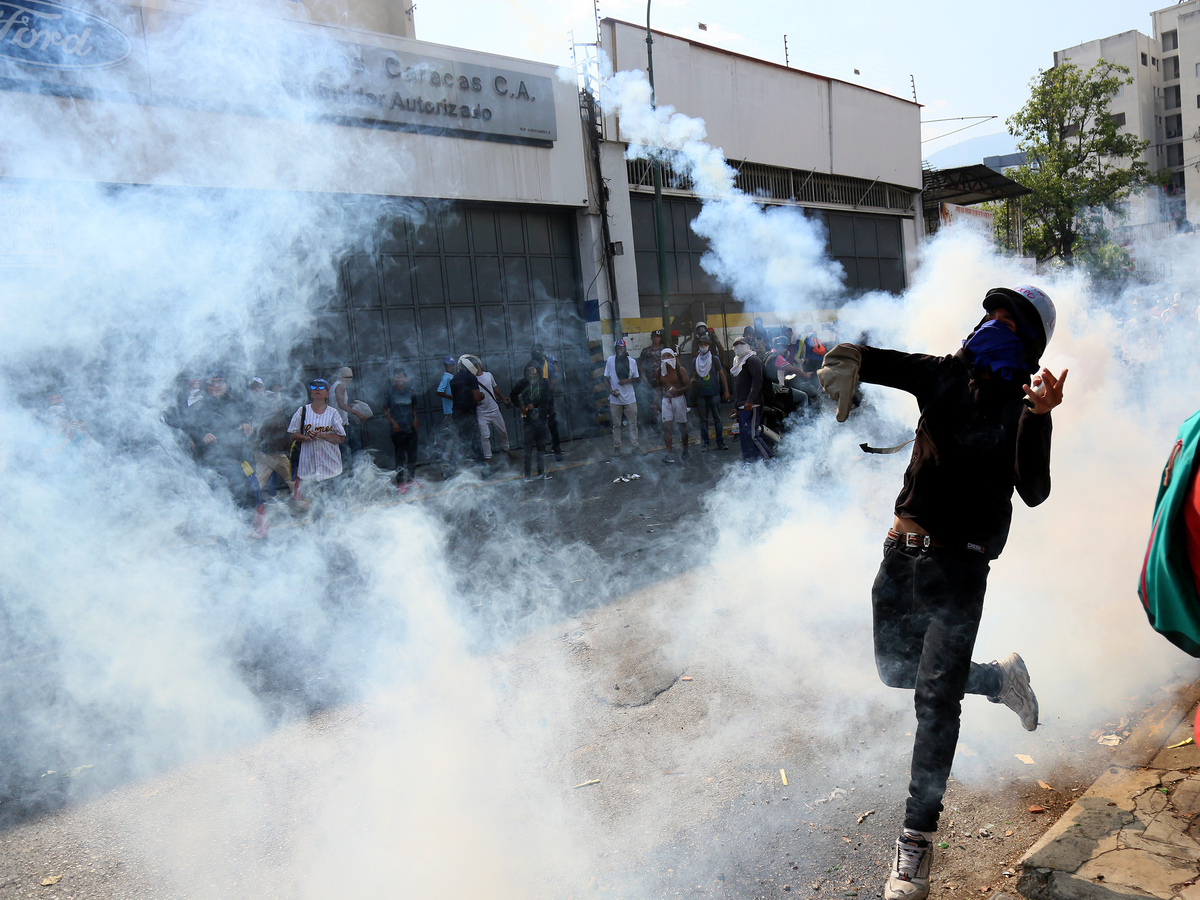 The plane was on the tarmac. Nicolás Maduro, the disputed president of Venezuela, was ready to head to Havana, Cuba, amid widespread international condemnation and the threat of ouster. But the Russian government talked him out of leaving.

That’s how Secretary of State Mike Pompeo characterized Maduro’s morning, in Tuesday evening interviews with cable news outlets. “He was ready to go,” Pompeo told Fox News. “He’d made a decision that we’ve been urging him to make for quite some time. And then he was diverted from that action by the Russians. We hope he’ll reconsider and get back on that plane.”

U.S. officials have been characterizing the situation in Venezuela as nearing its endgame, and opposition leader Juan Guaidó called for the “final phase” of the uprising Tuesday in his attempt to remove Maduro from power. But Venezuela’s military handily stamped out pockets of resistance, and despite word from American officials that key Maduro allies are abandoning him, the country’s defense minister proclaimed his continuing loyalty. More than 50 countries support Guaidó’s claim to power.

In a televised address Tuesday, Maduro denied Pompeo’s assertion that he had been preparing to leave the country, calling Pompeo’s comments “lies and manipulation,” according to CNN. Maduro decried the attempt by Guaidó, the U.S. and Colombia to install an “illegitimate government” in Venezuela. “We have been facing various forms of coup d’etat, due to the obsessive efforts of the Venezuelan right, the Colombian oligarchy and the U.S. empire,” Maduro said.

Dozens were injured Tuesday when clashes erupted in the capital Caracas. “Maduro’s opponents are stepping up pressure on him to leave office as the country becomes still more dangerous and volatile,” NPR’s Philip Reeves reports. “Opposition leader Juan Guaidó has called for massive protests Wednesday as he presses ahead with his U.S.-backed campaign to assume power as a transitional president.”

Pompeo reiterated that the U.S. is willing to use military force against Maduro if necessary, and President Trump threatened an embargo against Cuba if they keep supporting him. “If Cuban Troops and Militia do not immediately CEASE military and other operations for the purpose of causing death and destruction to the Constitution of Venezuela, a full and complete embargo, together with highest-level sanctions, will be placed on the island of Cuba,” the president tweeted. “Hopefully, all Cuban soldiers will promptly and peacefully return to their island!”

The U.S. government says about 20,000 Cuban troops and agents are helping to support Maduro’s government, The Associated Press reports. But in a tweet of his own, Cuban President Miguel Diaz-Canel denied the accusation. “There are no Cuban military operations or troops in #Venezuela,” he wrote. “We call upon the international community to stop dangerous and aggressive escalation and to preserve Peace. No more lies.”

Trump had been monitoring the situation in Venezuela “minute-by-minute throughout the day,” national security adviser John Bolton told reporters. “We see this now as a potentially dispositive moment in the efforts of the Venezuelan people to regain their freedom.”

Bolton singled out by name top officials in the Maduro regime, “to make good on their commitments to achieve the peaceful transfer of power.” Defense Minister Vladimir Padrino Lopez, Venezuelan Supreme Court Chief Justice Maikel Moreno and Commander of presidential guard, Rafael Hernandez Dala “all agreed that Maduro had to go,” Bolton said. “They need to be able to act this afternoon or this evening to help bring other military forces to the side of the interim president.”

But the defense minister went on state television to proclaim his loyalty. Lopez called Guaidó a “terrorist” and warned that his “coup attempt” was destined to fail, the AP reports. And Venezuelan Ambassador to the United Nations, Samuel Moncada, dismissed Bolton’s comments as “propaganda.”

Tuesday morning’s protests were a “failed attempt to overthrow, by violence, our government,” Moncada said. He also accused the U.S. of sending 3,000 Americans to the U.S. Embassy in Venezuela as a prelude to military action. “It’s a war embassy,” Moncada said. “They are planning for war.”

Responding to Moncada’s comments, Pompeo told Fox News that “the president has been consistent and unambiguous about that, that the option to use military force is available if that’s what is ultimately called for.”