Rep. Ilhan Omar, (D-Minn.), is the first Muslim women in Congress. She has been the target of criticism and censure for statements regarded as anti-Semitic. Many other prominent black Muslim leaders say her experience is familiar. 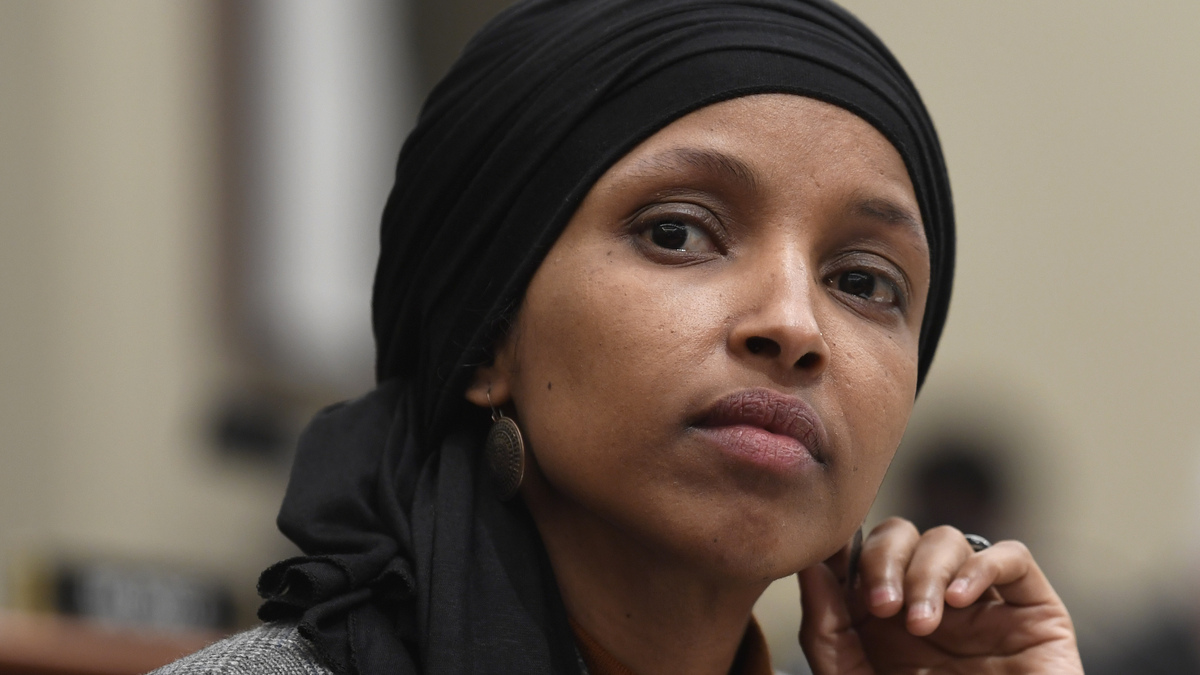 Rep. Ilhan Omar, (D-Minn.), is the first Muslim women in Congress. She has been the target of criticism and censure for statements regarded as anti-Semitic. Many other prominent black Muslim leaders say her experience is familiar.

At a rally on Capitol Hill organized by black women leaders in support of Ilhan Omar, the embattled Democratic congresswoman addressed the crowd.

“They cannot stand, that a refugee, a black woman, an immigrant, a Muslim shows up in congress thinking she’s equal to them,” she said referencing the president, members of the Republican party and even members of her own party.

It resonated with many American Muslims and, more specifically, black Muslim women across the country. Many say the storm of criticism around Omar, the first black Muslim woman in congress, is more about who she is than what she says.

“It’s not surprising to me to see because I know what it’s like to be a black Muslim woman,” said Vanessa Taylor, a writer based in Philadelphia who writes about black Muslim womanhood. “There is this sense that black women have to atone for sins that are constructed elsewhere. So, it’s not even a matter of if she actually did … [what critics accuse her of] or if it’s actually a wrong thing to do. It’s really just a matter of black woman’s position is to be [one of] atonement.”

And Omar is not atoning.

Her prominent presence in Washington is being met with violent death threats, many incited by a video in a tweet by the president that accused her of minimizing the Sept. 11, 2001 attacks. It interspersed footage of Ilhan Omar speaking with the flaming towers.

Her critics accuse her of anti-Semitism. After an offensive tweet, she apologized, saying she was grateful to be educated on the painful history of anti-Semitism and anti-Semitic tropes. But she refuses to back down from questioning lobbyists’ influence in policymaking, specifically the American Israel Public Affairs Committee.

Most recently, when she spoke at the Council on American-Islamic Relations, her words were taken out of context and she was accused of downplaying the 9/11 attacks, even though she is the co-sponsor of a bill that seeks to renew the Sept. 11 victims compensation fund.

“For far too long we have lived with the discomfort of being a second-class citizen and, frankly, I’m tired of it, and every single Muslim in this country should be tired of it. CAIR [the Council on American-Islamic Relations] was founded after 9/11 because they recognized that some people did something and that all of us were starting to lose access to our civil liberties,” she said. Her office later corrected the statement, CAIR was founded before 9/11.

Having to prove patriotism, over and over

Her words resonated with many American Muslims who are tired of being asked to prove their patriotism.

“Historically we have not occupied these spaces and now that we are,” she said. “It is a threat to the misogyny and the white supremacy in this country.”

“God forgive us — Jesus — we’ve lost sight of you, we’ve forgotten you, God, in our country, and we’re asking you to forgive us, Jesus,” Borowicz prayed.

“It was laced with bigotry and it was very, very offensive,” Johnson-Harrell said.

Since saying she was offended, she’s been inundated.

“I’ve gotten hate mail,” she said. “I’ve had people put comments on my social media telling me to go back to where I came from, telling me to remove the rag from my head … I mean it’s been absolutely insane.”

According to writer Vanessa Taylor, the chorus of critics, from both parties, is a familiar tune for black Muslim women in politics. Ilhan Omar has become a symbol of marginalized people rising to power, she said.

“So that’s why we see people reacting so strongly and trying so hard to silence her, whether that is the president of the United States with his tweets or people sending death threats,” she said.

The constant questions that go along with American Muslims seeking a space in public life, it really does take away from people’s ability to talk about issues that are really very important to them.

That silencing effect can be far reaching.

“In general we see a lot of the same kind of treatment [for] Muslims running for public office,” said Caleb Elfenbein, an associate professor of history and religious studies at Grinnell College. “That includes [at] the very local level like school boards, all the way up through Congress and lots of things in between.”

He says that impacts the way Muslims feel they need to interact in public life. They spend a lot of their time explaining themselves through things like interfaith groups.

“The constant questions that go along with American Muslims seeking a space in public life, it really does take away from people’s ability to talk about issues that are really very important to them,” Elfenbein said.

The issues important to Yasmine Taeb are clean energy and getting corporate money out of politics. She’s running for Virginia’s 35th Senate District. She’s a Democrat running against a Democrat. She’s also Iranian American and a Muslim.

So the headlines attacking her scream: “pro-Iran socialist.” She’s accused of hating Israel. But foreign policy, has never come up in this race.

“This is a local state legislative race,” she said laughing. “These are dog whistles. These are, you know, Islamophobic tactics.”

She gets messages from across the country calling her a terrorist, trash, asking ICE to deport her.

“Why is it that every single time we have a Muslim declare their candidacy and run for office, why is it that we have to jump this hurdle to prove that we are loyal to this country?” she asked.

There are brief moments, she says, when she wonders if staying in politics is worth it, when she looks at the hundred or so hateful messages she gets each day.

But vocal Muslims and people of color, such as Ilhan Omar and others in public office, also create new openings for discussions on topics that were once taboo on the left and the right. That ranges from Middle East policy vis-à-vis Israel to clean energy, said Ramzi Kassem, a professor of law at the City University of New York where he co-directs the Immigrant Non-Citizen Rights Clinic.

“All of a sudden to see these figures at the forefront and not just at the forefront, not just being visible but being vocal as well, putting forward bold and daring new political ideas and programs — that’s going to have a huge mobilizing effect not just on U.S. Muslim youth but really broadly on people of color, on young women who until recently might not have thought of those sorts of things as being within the realm of the possible,” he added.