The cover of the National Enquirer in July 2017 featuring President Trump. The tabloid is for sale. 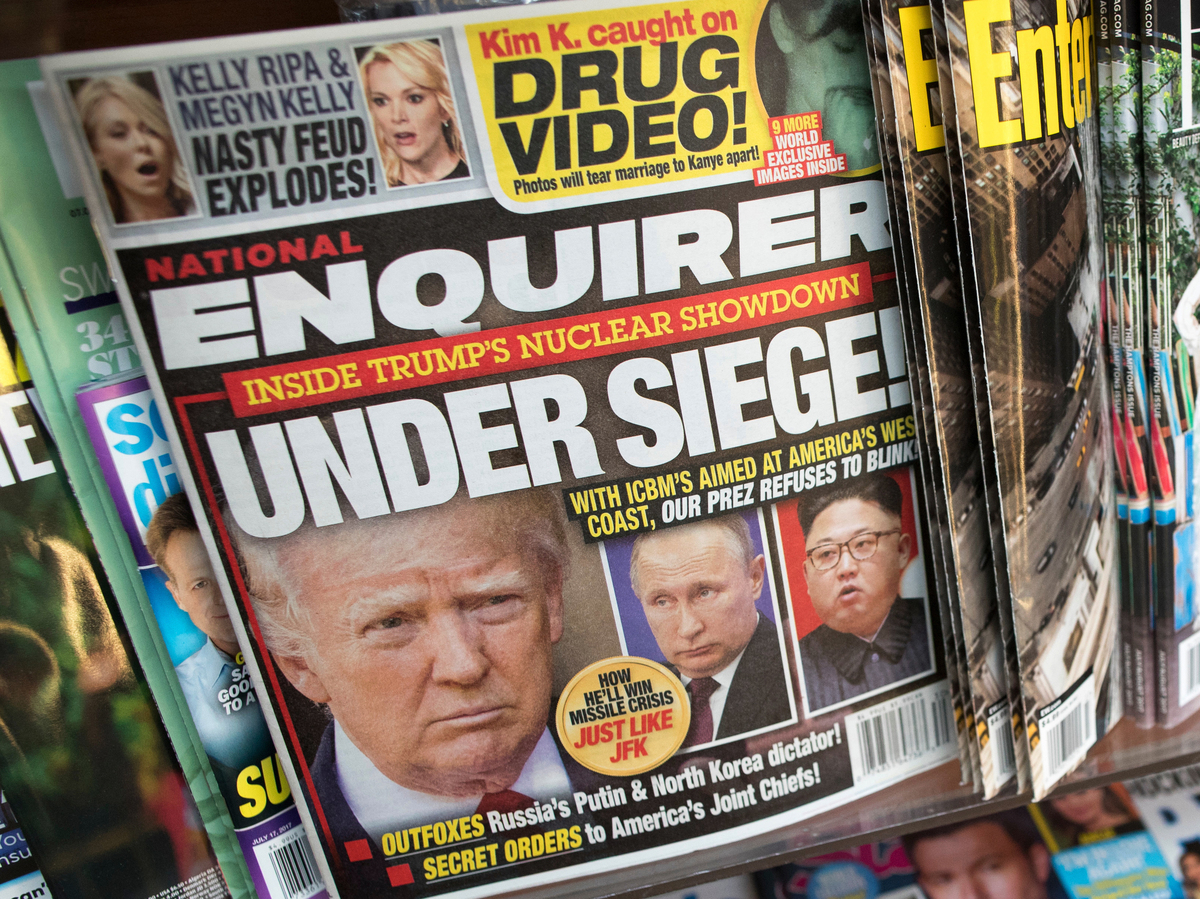 The cover of the National Enquirer in July 2017 featuring President Trump. The tabloid is for sale.

American Media LLC announced that it is seeking a buyer for the National Enquirer and other newsprint tabloids it owns.

The company said in a statement that it has decided to “explore strategic options for its National Enquirer (US and UK editions), Globe and National Examiner brands, which will likely result in their sale in the near future.”

“We have been keenly focused on leveraging the popularity of our celebrity glossy, teen and active lifestyle brands while developing new and robust platforms including broadcast and audio programming, and a live events business, that now deliver significant revenue streams,” said American Media President and CEO David J. Pecker in the statement. “Because of this focus, we feel the future opportunities with the tabloids can be best exploited by a different ownership.”

AMI, Pecker and the National Enquirer have been embroiled in controversies surrounding President Trump. The tabloid allegedly paid a former Playboy model Karen McDougal for exclusive rights to her claims that she had had an extramarital affair with Trump and then never published a story — a practice known as “catch and kill.” Pecker is a Trump ally.

In February, Washington Post owner and Amazon CEO Jeff Bezos accused American Media LLC of extortion and blackmail by threatening to publish potentially embarrassing personal photos of him. At the time, Bezos said, the company wanted him to deny AMI had any political motivations behind its coverage of him.