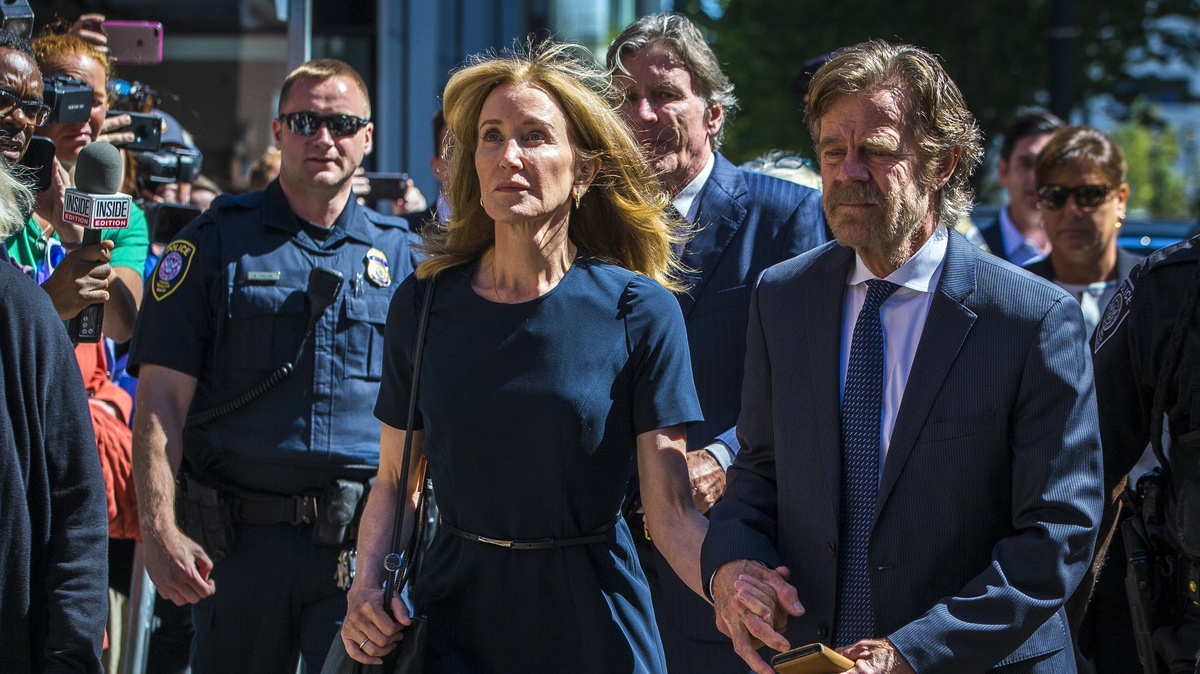 Actress Felicity Huffman was sentenced to 14 days in prison on Friday for paying thousands of dollars to have one of her daughter’s SAT scores inflated. She is the first parent to be sentenced in the massive college cheating scandal that has rocked the U.S. higher education system.

In a statement issued after the sentencing, Huffman said, “I accept the court’s decision today without reservation. I have always been prepared to accept whatever punishment Judge Talwani imposed. I broke the law. … There are no excuses or justifications for my actions. Period.”

She also apologized “to the students who work hard every day to get into college and to their parents who make tremendous sacrifices supporting their children.”

“I can promise you that in the months and years to come that I will try and live a more honest life,” Huffman added.

Before the sentence was handed down, prosecutors dismissed Huffman’s previous expressions of parental anxiety and concern, saying, “Welcome to parenthood.” They pointed to other systematic education fraud cases in which defendants were sentenced to prison time.

Afterward, Huffman apologized to her daughters and husband, actor William H. Macy, and others who have been affected by her actions, her voice shaking as she spoke in the Boston courtroom.

“I have done more damage than I could have ever imagined,” she said prior to sentencing. “I take full responsibility of my actions and making amends with my crime. … I will deserve whatever punishment you give me.”

Prosecutors had asked that the film and TV star known for her role in Desperate Housewives be sentenced to a month in prison, saying she acted “out of a sense of entitlement, or at least moral cluelessness.”

“In the context of this case, neither probation nor home confinement (in a large home in the Hollywood Hills with an infinity pool) would constitute meaningful punishment or deter others from committing similar crimes,” prosecutors wrote in Huffman’s sentencing memo. “Even a fine at the high end of the applicable Guidelines range would amount to little more than a rounding error for a defendant with a net worth measured in the tens of millions of dollars.”

But attorneys for Huffman argued that she didn’t deserve to spend time behind bars, noting that it is her first offense. Instead, they asked for one year of probation, 250 hours of community service and a $20,000 fine.

The case has resurfaced questions about college access, race and privilege, and Huffman’s sentencing signals what the other parents who have been charged might face.

Tony Jack of the Harvard Graduate School of Education is the author of The Privileged Poor: How Elite Colleges Are Failing Disadvantaged Students. He thinks all parents caught up in the scheme should serve time — regardless of how much they paid to cheat — because of their intent. He says Huffman’s 14-day sentence shows a racial bias.

“We are not trying to decipher, ‘Oh you only paid $15,000 so you should get 15 days. Well, you paid $6.8 million, well you should get five years.’ They all did the exact same thing,” Jack says. “If this was a drug case, they would do a RICO charge so quickly because they don’t care that you were the top dog or the corner boy, they would want you in jail for as long as possible.”

Huffman is not the first person to be sentenced in the conspiracy and bribery case. A former Stanford University sailing coach who admitted taking more than half a million dollars in bribes was sentenced in June. He will not serve time in prison.

Federal prosecutors revealed in March that an FBI investigation called “Operation Varsity Blues” had uncovered a multimillion-dollar admissions scheme that ran from 2011 through February of this year. More than 50 people — including 34 prominent parents — have been charged. The parents allegedly paid a consultant who then falsified academic and athletic credentials and arranged bribes to help get their children into prestigious universities.

The actress, who has repeatedly expressed “deep regret and shame,” tearfully pleaded guilty in May to conspiring to commit mail fraud and honest services mail fraud — two months after she was arrested by the FBI.

She admitted paying $15,000 to a charity controlled by William “Rick” Singer — the consultant who masterminded the scandal. Singer had previously arranged it so that when Huffman’s oldest daughter took the SAT, one of his associates secretly corrected wrong answers, raising her test score to 1420.

According to notes taken by Huffman and included in court documents, it would have cost $75,000 to guarantee a perfect score of 1600.

In a letter to the court filed last week, she explained how, after nearly a year of working with Singer to improve her child’s odds of getting into an acting program of her choice, she “finally got to the day when I said ‘Yes’ ” to the illegal cheating scheme.

“In my desperation to be a good mother I talked myself into believing that all I was doing was giving my daughter a fair shot. I see the irony in that statement now because what I have done is the opposite of fair,” she wrote.

The actress has maintained that her daughter, who according to court filings has been diagnosed with learning disabilities, was unaware of the scam. In the letter, Huffman said that when the teenager found out about it, she asked “with tears streaming down her face, ‘Why didn’t you believe in me? Why didn’t you think I could do it on my own?!’ “

Huffman’s daughter has not been charged.

Defense lawyers explained that Huffman had worked with Singer on multiple strategies to raise her daughter’s math test scores and that he had come highly recommended by friends. He seemed “so confident and knowledgeable,” Huffman wrote.

In March, Singer pleaded guilty to charges of racketeering conspiracy, money laundering conspiracy and conspiracy to defraud the United States and obstruction of justice — all related to cheating on standardized tests and bribing college coaches and administrators. He has yet to be sentenced.

Huffman is among 15 parents who have pleaded guilty to a variety of charges.

At least 17 parents, including actress Lori Loughlin and her husband, fashion designer Mossimo Giannulli, have pleaded not guilty and are fighting federal charges including conspiracy to commit fraud and money laundering.

Loughlin and Giannulli are accused of paying $500,000 to pass off their two daughters as crew recruits. Neither daughter rowed competitively, but the family is said to have provided photos of them working out on ergometers. One of the daughters was eventually accepted to the University of Southern California.

Huffman must report to prison on Oct. 25.

Kirk Carapezza of member station WGBH contributed to this report.