4 In Custody After Fatal Shootings At 2 Mosques In Christchurch, New Zealand

A police officer attempts to move people away from a mosque where shots were fired in Christchurch, New Zealand, on Friday. Police say there are multiple casualties. 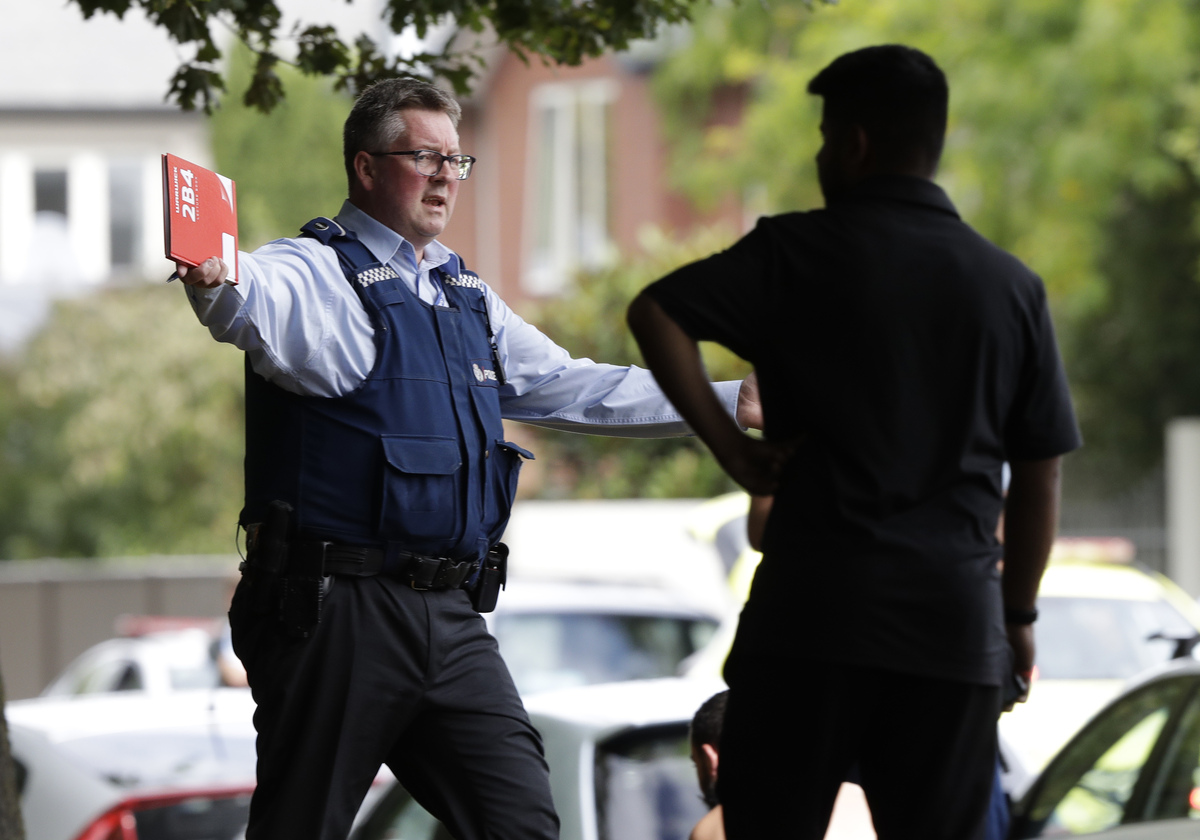 A police officer attempts to move people away from a mosque where shots were fired in Christchurch, New Zealand, on Friday. Police say there are multiple casualties.

New Zealand Police Commissioner Mike Bush said local police apprehended three men and one woman, but that more people may still be at large. “Let’s not presume that the danger is gone,” he said, adding: “We’re not assuming that this is contained to Christchurch.”

Bush said there are “significant” fatalities, but police haven’t been able to identify the victims yet because the mosques are still on lockdown.

Bush said they don’t know anything conclusively about motivation for the attack at this point.

“It is clear this is one of New Zealand’s darkest days,” New Zealand Prime Minister Jacinda Ardern said. “What has happened is an extraordinary and unprecedented act of violence.”

“Many of those affected may be migrants, maybe refugees … They are us. … The perpetrator is not. … There is no place in New Zealand for such acts of extreme and unprecedented violence,” Ardern said.

Bush urged anyone who had intended to visit a mosque in New Zealand not to go, to “close your doors until you hear from us again.” The public was being urged to stay indoors.

The attack occurred at 1:40 p.m. Friday at a time when many people were in the Masjid Al Noor Mosque on the edge of Hagley Park, according to New Zealand and Australian media. The other attack was on a mosque in a suburb called Linwood.

Bush said he was aware of reports that the shooter had live-streamed an attack online. “We are doing everything we can to remove it,” he said.

This is a developing story that will be updated.