2 Condos Were Illegally Converted Into 18 Micro Apartments In NYC

A New York City building inspector kneels to show the height of a small door and low ceiling inside of apartment #601, where nine illegal sub-units were carved out of a Manhattan condo. 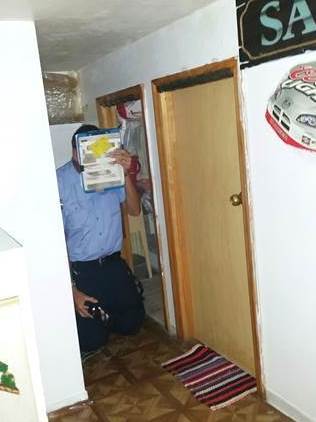 A New York City building inspector kneels to show the height of a small door and low ceiling inside of apartment #601, where nine illegal sub-units were carved out of a Manhattan condo.

Two Manhattan landlords took an unusual — and illegal — route to double their rentable space: cutting their two condos in half horizontally so they could rent out 18 tiny apartments in their Lower East Side building, according to the New York City Department of Buildings.

“The ceiling heights were 4.5 feet to 6 feet tall on each level, depending on where you were standing,” Department of Buildings spokesperson Abigail Kunitz says in an email to NPR.

When an inspector visited the building earlier this month, he found half-size doors and low ceilings, forcing him to kneel in the improvised hallway. A small staircase connected the two floors. Along with unapproved structural changes, the Department of Buildings says, the inspector found the space riddled with unpermitted electrical and plumbing work.

The compressed living spaces prompted Council Member Ben Kallos of Manhattan to compare the arrangement to the film Being John Malkovich, which featured a cramped office — and a tiny door — on floor 7-1/2 of a Manhattan building.

“It was funny in fiction, but a horror story in real life,” Kallos said, according to the New York Post, as he described the living conditions tenants endured on the top floors of the building at 165 Henry Street.

Bathroom space was also tight: While the lower-floor unit had a second illegal bathroom added to its legal bathroom, the upper unit had only one bathroom to share among the nine micro apartments.

The building is called the Beracah. As the Abarim online dictionary tells us, “The name Beracah comes from the verb ברך (barak), meaning either to kneel or to bless.”

Housing officials became aware of the illegal subdivisions last week, after receiving an anonymous 311 complaint about one of the condos. Together, the units occupy a corner in the building’s two top floors.

“Upon arrival to the scene, [Department of Buildings inspectors] discovered that a new floor had been illegally constructed inside of apartment #601, one of the apartments between the existing 4th and 5th floors, which was being occupied by 9 illegal Single Room Occupancy (SRO) units,” the agency says.

According to Gothamist, the condo is listed as a 634-square-foot unit. If the nine sub-units were divided evenly, each living space would measure about 70 square feet. While rental rates weren’t officially disclosed, one tenant told the Post that he had been paying $600 a month.

Officials promptly ordered all occupants to vacate apartment #601, hitting the owner, Xue Pin Ni, with a potential maximum fine of $144,750 in civil penalties and ordering the sub-units to be stripped out of the space. The penalty is set to rise, as the city will also fine Ni $1,000 every day that each illegal unit remains on the premises, for up to 45 days.

The tenants who had been living in the minuscule spaces “were offered emergency relocation assistance by the American Red Cross,” the NYC building agency says.

Days after the initial discovery, building inspectors also found that the unit one floor above #601 had been segmented in a similar way, creating another nine living spaces. The #701 unit is owned by Jin Ya Lin of Havre De Grace, Md, according to the building office.

The exterior of the condo building at 165 Henry St in Manhattan’s Lower East Side hints at the split-level apartments inside, as air conditioners, at left, are positioned at both upper and lower windows. 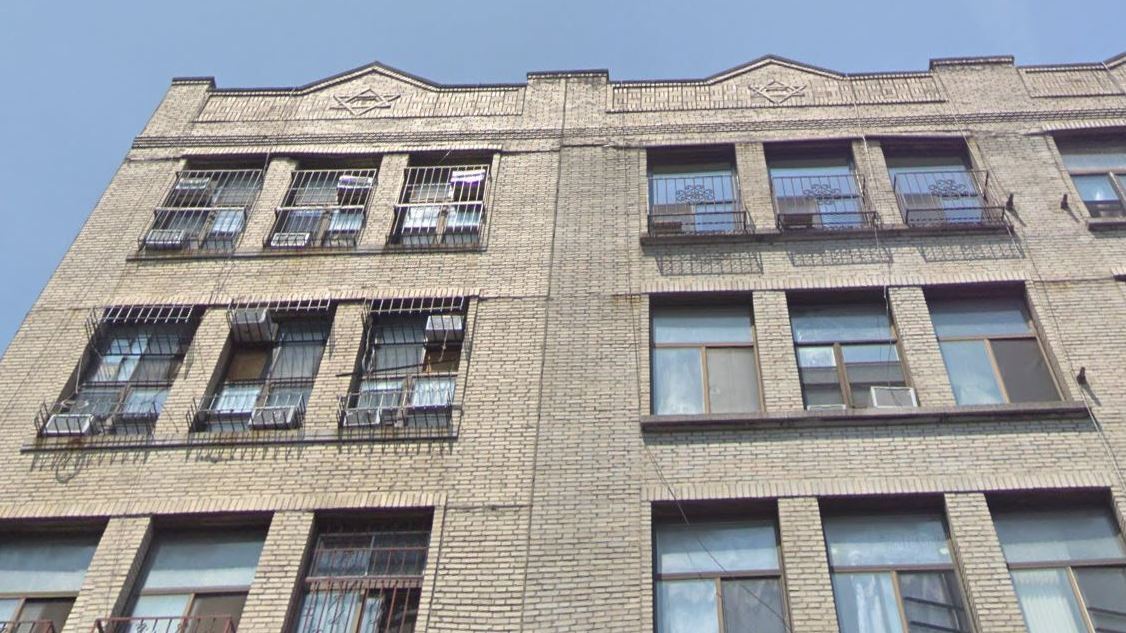 The exterior of the condo building at 165 Henry St in Manhattan’s Lower East Side hints at the split-level apartments inside, as air conditioners, at left, are positioned at both upper and lower windows.

The revelation about the top-floor condo — whose layout was hinted at by the peculiar arrangement of air conditioners in both upper and lower windows — stemmed from a referral by the New York City Fire Department, which had been called to the same building on Friday.

In addition to flouting occupancy and permitting rules, the illegal duplexes were found to lack a secondary exit in case of emergency.

“Every New Yorker deserves a safe and legal place to live, which is why we’re committed to rooting out dangerous firetraps and ordering the landlords to make these apartments safe,” says Kunitz of the Department of Buildings.

Kunitz adds, “Tenants living in truncated windowless dwelling units like this poses an extreme hazard to their safety, as well as the safety of their neighbors, and first responders. Dangerous living conditions like this cannot be tolerated in our city, and we are holding these landlords accountable for their egregious failure to keep the building safe and livable for tenants.”

In a sign of how expensive it is to live in New York, a discussion broke out on the Gothamist story, about the practice of people cramming themselves into tiny apartments. In at least one commenter’s opinion, “$600/mo is pretty reasonable actually.”