Nina Martinez has become the first living HIV-positive organ donor. Above, Martinez is pictured with her surgeon, Dr. Dorry Segev of the Johns Hopkins University School of Medicine. 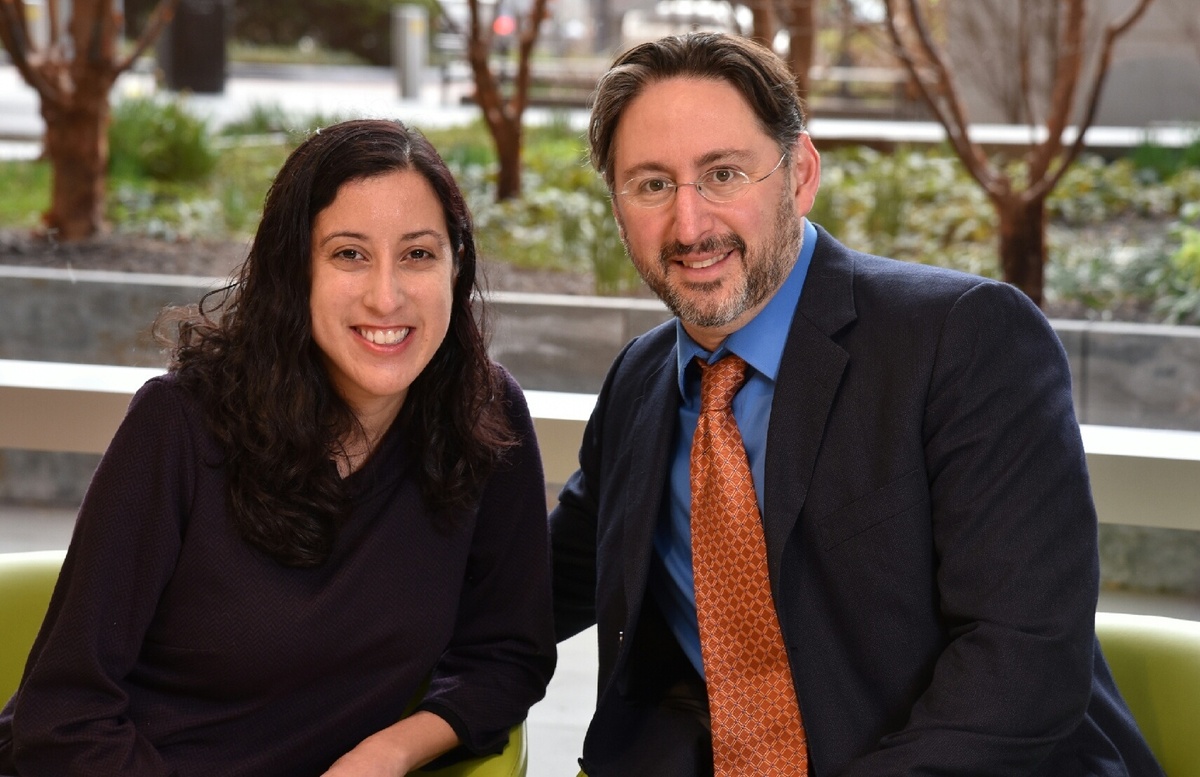 Nina Martinez has become the first living HIV-positive organ donor. Above, Martinez is pictured with her surgeon, Dr. Dorry Segev of the Johns Hopkins University School of Medicine.

In a medical breakthrough, surgeons at Johns Hopkins Hospital late last month successfully transplanted one of her kidneys to a recipient who is also HIV positive.

“I feel wonderful,” Martinez, 35, said in an interview with NPR’s Michel Martin, 11 days into her recovery. The patient who received her kidney has chosen to remain anonymous, but is doing well, Martinez is told.

“They’re doing wonderfully and they got an organ they desperately needed to get and that’s all I could ask for,” Martinez said.

HIV advocates are celebrating the achievement as an important step towards lifting the stigma around a disease that affects some 1.1 million Americans. In 2017, an estimated 18 patients died each day while waiting for an organ transplant. Many of these deaths involved HIV positive patients who have traditionally had access to a much smaller pool of potential organ donors.

The decision to donate

Martinez contracted HIV through a blood transfusion when she was an infant in the early 1980s.

“I do think that my lack of discomfort in talking about HIV does make people more comfortable with the idea, and I do attribute that to being diagnosed at such a young age,” she said. “I didn’t know HIV was supposed to be something that I was ashamed of.”

She said she first looked into becoming a donor last year, when Johns Hopkins became the first hospital in the United States to announce plans to perform organ transplants for HIV patients from donors who are HIV positive. Previously, doctors had only transplanted organs to HIV-positive recipients from deceased HIV donors.

“Like most living kidney donors, I did start this process for a friend that I knew who needed a kidney,” said Martinez.

Then her friend died in November, when Martinez was in the middle of a rigorous evaluation process. “I knew that this was a lot of medical spending not to try and do something with,” she said. So Johns Hopkins found another recipient.

Explaining why she felt compelled to share her story, Martinez pointed to when Johns Hopkins performed the first transplants from deceased HIV-positive donors to two anonymous patients in 2016.

“It was important to me to be able to put a name and a face to that story to show that the need for HIV-positive organs is real and actually benefits everybody,” she said. “My taking somebody off the deceased donor waitlist who is HIV positive means that everyone moves up the waitlist whether they’re HIV positive or not.”

Currently, more than 113,000 people in the U.S. — including those living with HIV — are waiting to receive an organ transplant, according to the United Network for Organ Sharing (UNOS).

Last month’s surgery marked the culmination of a years-long drive to expand access to organ donors for patients with HIV.

In 2016, UNOS gave Johns Hopkins approval to carry out the first transplant from an HIV positive donor to an HIV positive patient, capping a two-year push by Martinez’s surgeon, Dorry Segev, to legalize such procedures.

Before that, Segev, an associate professor of surgery at the Johns Hopkins University School of Medicine, helped draft the HIV Organ Policy Equity Act signed by President Obama in 2013. The measure reversed a 1988 law preventing doctors from procuring HIV-infected organs regardless of the recipient’s HIV status.

Segev, speaking with NPR in 2016, said he was motivated to address the “antiquated law” when he saw that the need for organ transplants among HIV patients had swelled since the start of the AIDS crisis in the 1980s.

Segev said he grew frustrated as he watched potentially life-saving organs going to waste. In one 2011 study, he and his colleagues projected that an estimated 500 to 600 would-be organ donors with HIV die each year. Had they been allowed to donate while they were alive, they could have been saving more than 1,000 lives annually.

“We were throwing away organs that were infected with HIV that could be used to help people with HIV,” Segev said.

Today, an HIV diagnosis is no longer the death sentence it once was. “People live their lives with it,” said Segev. “They just need to take antiretroviral medication.”

But patients who use those antiretroviral treatments — along with other drugs used to treat the disease — are also at higher risks of kidney and liver failure and often end up on the organ waiting list.

Given the risk of kidney disease that’s associated with HIV, the medical community has until relatively recently considered it unsafe to leave a would-be donor with just one kidney.

But newer medications are thought to be both more effective and safer, and to guard against potential complications, Martinez was made to go through months of rigorous testing to ensure success for her and her recipient.

“They determined that my future risk of kidney disease was really, really, small,” Martinez said.

Martinez hopes her visibility and openness about her disease encourages others to realize they can be a part of advanced new treatments that allow HIV-positive people to live a healthy life.