Vicki Christiansen, the chief of the U.S. Department of Agriculture’s Forest Service, sits in her office in Washington on Monday. 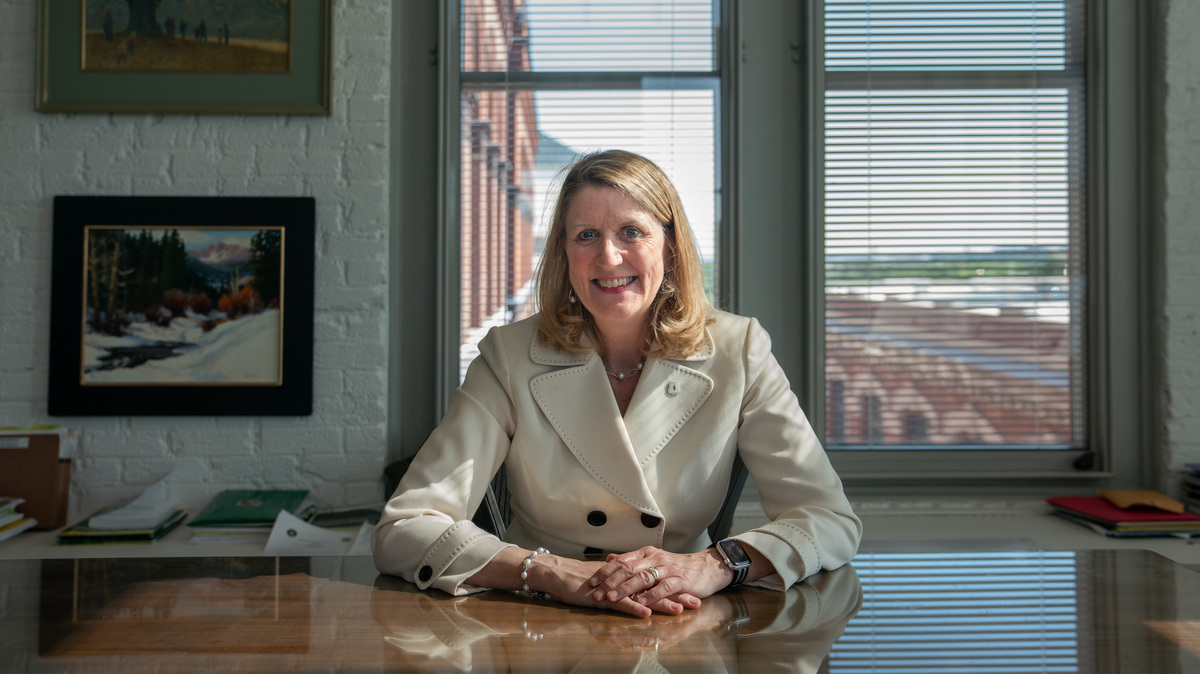 Vicki Christiansen, the chief of the U.S. Department of Agriculture’s Forest Service, sits in her office in Washington on Monday.

The chief of the U.S. Forest Service is warning a billion acres of land across America are at risk of catastrophic wildfires like last fall’s deadly Camp Fire that destroyed most of Paradise, Calif.

Heading into the summer, with smoke already drifting into the Northwest from wildfires in Alberta, Canada, the agency’s chief Vicki Christiansen said wildfires are now a year-round phenomenon. She pointed to the hazardous conditions in forests that result from a history of suppression of wildfires, rampant home development in high-risk places and the changing climate.

“When you look nationwide there’s not any place that we’re really at a fire season. Fire season is not an appropriate term anymore,” Christiansen said in an interview with NPR at the agency’s headquarters in Washington.

Christiansen’s agency is the nation’s lead firefighting apparatus. It’s trying to prioritize treatments such as thinning, brush clearing and prescribed burning on 80 million acres of its own land, mostly in the West. (Her billion acre estimate includes land across multiple federal, state and local jurisdictions as well as private land.)

“Our national priority is to improve the condition of our nation’s forests and grasslands,” Christiansen said.

As per a controversial Trump administration executive order pushing for “active forest management,” the agency was directed to treat 3.5 million acres this year alone, though they’re behind target due to weather and administrative holdups. Part of the administration policy has also included an attempt to ramp up commercial logging on federal lands, an objective that conservation groups say will not reduce fire risk, unlike clearing of the smaller diameter wood that the timber industry has so far found little market for.

Christiansen defends what she calls an all-of-the-above approach.

“We are certainly focused on the timber outputs but that is only one of the critical measures,” she says. “We are tracking with laser focus our hazardous fuels reduction and our watershed health and restoration as well.”

Even with the push for more mitigation under Christiansen, the Forest Service is still predicting it could spend upwards of $2.5 billion just fighting fires this year alone. The agency was budgeted $1.7 billion, and will likely again have to transfer money from existing forest management and fire mitigation programs to cover the difference, a paradoxical problem that won’t end until reforms kick in next year.